What is involved in a product shoot (Part 2) 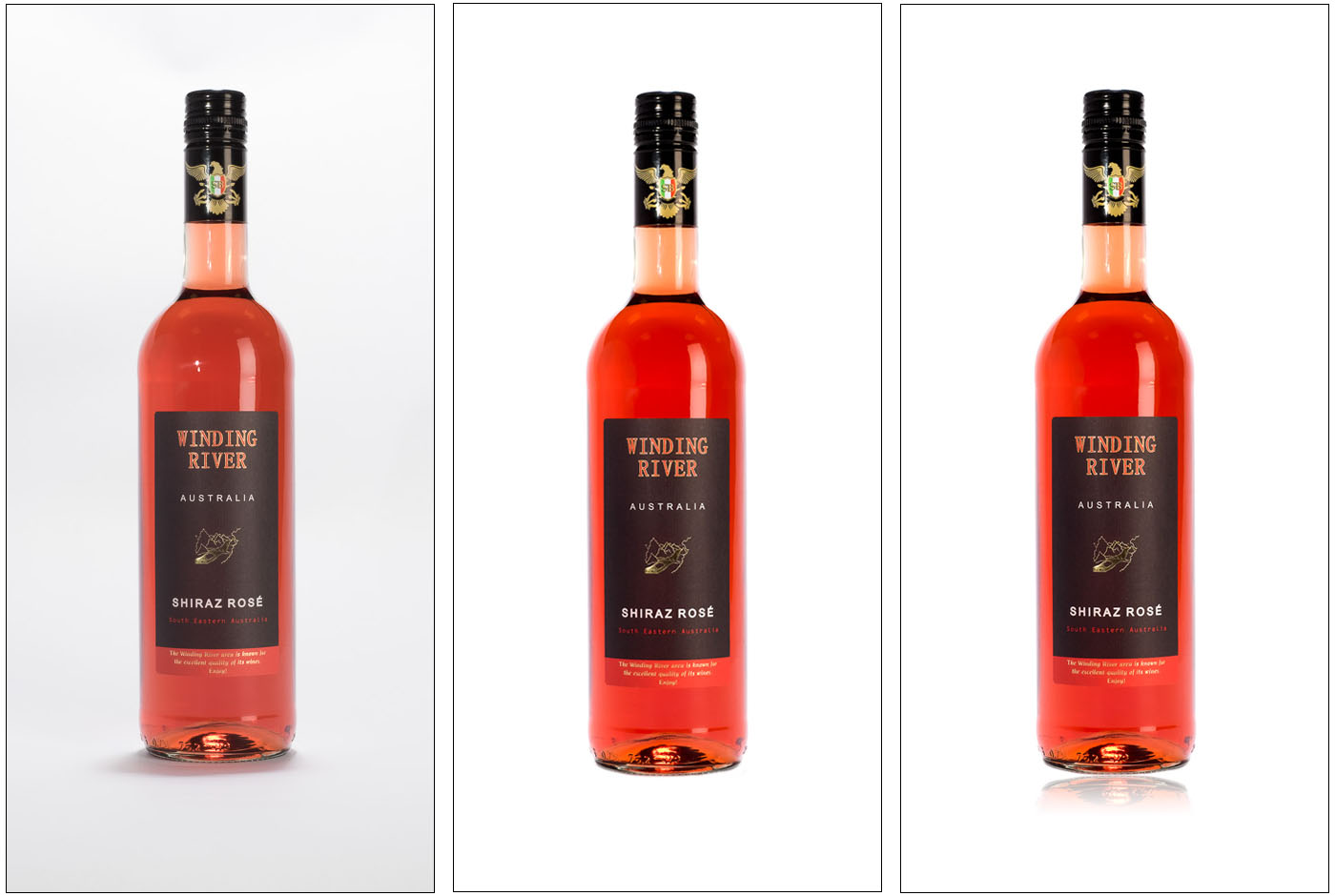 In the first article I talked about the process I had gone through to photograph bottles of wine for one of our customers, in the second part I’m going to touch on the post processing aspect of that shoot, what happens once the cameras have been packed away and the lights have been taken down.

We tend to think of post processing as a by-product of digital cameras, but in reality it’s been around a lot longer than that, especially in product photography. Photoshop was launched in 1990 (incidentally the year that the first commercial digital camera was launched) however digital post processing or photo manipulation was originally developed in the late 1960’s but really became available for general professional use in 1981 when Quantel launched its Paintbox computer graphics workstation. Of course back then we were all using film, not only did you need to own this hugely expensive computer workstation, but you also needed to own or have access to a drum scanner so that you could scan your film and convert it to a digital file. Needless to say this type of equipment was only really found in the television industry or specialist image retouching agencies. In the 21stcentury most commercial photographers carry out their own retouching, maybe using a specialist retoucher when required.

Digital image manipulation was originally pioneered in the late 1960’s, long before products like Adobe Photoshop arrived on the scene.

It’s probably fair to say that most professional photographers use the RAW file format, this is basically a file containing the image information from the cameras sensor with minimal processing. I use Adobe Lightroom to catalogue and process my RAW files. For the wine bottle images, I started in Lightroom adding a little contrast and some saturation to bring the colour out slightly, I then cropped each image to the correct size. The customer required that each bottle be on a pure white background with a reflection of the bottom of the bottle as if it was sitting on a glass top, this part requires a trip to Photoshop.

In Photoshop the first task is to cut the image from the existing background to eliminate the slight shadow that the bottom of the bottle had cast on the background. Once the cut out was complete I then needed to add a reflection of the bottom of the bottle, this involves making a copy of the very bottom of the bottle, turning it into an inverted reflection of itself and then fading it out to make it look realistic. The technique of producing the reflection is relatively easy once you’ve done it a few times, the tricky but is getting the fade right so that it looks real and not Photoshopped. With the background cut out and the reflection complete all I needed to do was add a pure white background then it was back to Lightroom to finish off. Once back in the Lightroom all that remained was for each image to be sharpened then exported to the correct file size required by the customer.

Hopefully these 2 articles have given some insight into what is involved in even a simple product shoot.